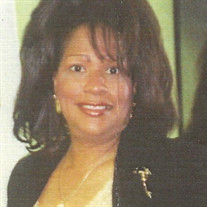 Deborah Renee Brewer lived life with perseverance, determination and exuberance. Born to parents, I.L. Roquemore (deceased) and Edna Burgess in Houston, Texas. Deborah was the youngest of two daughters. Deborah was a gifted individual who displayed drive from her earliest years. She loved playing the flute and participating in many after school clubs. She graduated valedictorian of her class at Jack Yates High School and was awarded a scholarship to Howard University in Washington, D.C. Deborah’s love of mathematics led her to the accounting field. She married James Middleton Jr, a childhood friend, and their union produced a daughter, Jaime. Deborah worked as an accountant at Texas Southern University for several years before accepting a position at the University of Tennessee at Chattanooga. While in that position, she met and married Michael Brewer (deceased), Shane’s father. She enjoyed her work with UTC as she managed a host of events and interacted with various celebrity headliners. In 2000, she left Chattanooga and relocated to Meridian, Mississippi where she continued to work in event planning. Deborah worked on numerous events in Meridian and the surrounding area. she also generously volunteered time to her church and to mentoring young girls. Deborah’s most important role was that of motherhood. She love her children and was a wonderful mother- thoughtful, encouraging and diligent with both Jaime and Shane. She instilled in both the value of education and always demanded excellence. Her greatest accomplishment was knowing she raised well-grounded, loving children. Deborah loved football, family, and fun, and she knew how to have a good time regardless of the circumstances. Her joy was born of living a life of meaning, never wasting a moment given, her devotion to God, and her love of her spouse, children, family, and friends. Deborah is survived by her spouse, David Stephens; daughter, Jaime Middleton Lawler; son, Shane Brewer; and son-in-law, Theodore Lawler, Sr. She also leaves to mourn her mother, Edna Burgess; stepfather, Caldwell Burgess; sister, Sharon Edwards; brother-in-law, Lawrence Edwards; niece, Hillary Lovick; cherish friends: LaFondra Kennedy and Laura Jordan; and a host of aunts, uncles, cousins, in-laws, extended family and friends.

The family of Mrs. Deborah Renee Brewer created this Life Tributes page to make it easy to share your memories.

Send flowers to the Brewer family.