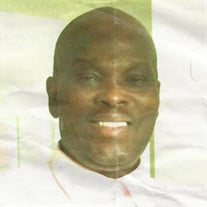 Gary Alfred Hausley, 58, of Dallas, GA, passed away on Saturday, October 13, 2018, in his hometown of Meridian, MS. Gary was born June 10, 1960, to Leander (late) and Leola Hausley. Gary was a graduate of Meridian High School Class of 1978, and attended East Central Community College in the fall of 1978. After an injury ended his promising football career, Gary moved back to Meridian where he spent 13 years at Atlas Roofing Company; in the interim, Gary became reacquainted with Mary Clark, who moved back to their hometown in 1993. They initially met at Meridian High School in 1977. He married Mary, the love of his life, in 1995. They then relocated to Minneapolis, MN, where Gary pursued an Associate of Applied Science and later settled his family outside of Atlanta, GA, where he and his wife ran a medical coding business and they both became devout Jehovah's Witnesses. Gary and Mary shared marital bliss for a short 23 years. Gary was definitely a jokester and had a jovial sense of humor. He loved his Pittsburgh Steelers, and he thought he was THE best grill -master on the entire earth, bar none. He never met a person that he didn't have a smile and a kind word for. But the most note worthy thing about him was that he loved Jehovah and his family. Gary will always be remembered as the mild-tempered, laid-back, loving, humble man that he was and he will forever be loved and missed. Gary is survived by his wife, Mary, 5 children: Sterling (Kimberly) Clark, Terrence (Chantel) Clark, Bradley Clark, Ryanne Shadwick, and Ashli Williams; mother Leola Hausley and stepfather Willie Brown; two sisters Melba (Raymond) Ruffin and Linda (Willie) Thomas; a brother Leander Hausley; and a host of grandchildren, nieces, nephews, and cousins. Gary was preceded in death by his father, Leander Hausley; his paternal grandparents Adam and Jesse Hausley; and his maternal grandparents Charlotte Morgan and Mary Jane Adams.

The family of Mr. Gary Alfred Hausley created this Life Tributes page to make it easy to share your memories.

Gary Alfred Hausley, 58, of Dallas, GA, passed away on Saturday,...

Send flowers to the Hausley family.