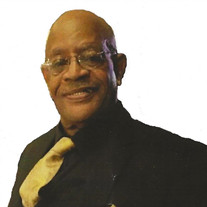 Raythel "Ray" was born December 27, 1941 to the union of Ernest and Josephine Fisher in Meridian, Mississippi. He confessed and accepted Jesus Christ as his Lord and Savior in 1949 at Pleasant Hill Missionary Baptist Church. In 2012, he rededicated his life to Christ and became a member of Faith Center Ministries where he attended until his death. Ray graduated from Middleton Attendance Center in 1960. He later relocated to Los Angeles, California where he joined his brother James. There he secured employment in the Aerospace industry. He then relocated to Vallejo, California in 1974 where he worked as a machinist at Mare Island Shipyard. He retired from the shipyard in 1986. After his retirement, he became a real estate agent and obtained his certificate in Drug and Alcohol Counseling from Diablo Valley College, he also started his own hauling company. Ray met and married Carolyn Brown in 1964. They later divorced, but to their union three children were born; his oldest daughter Geraldine, and two sons Raythel Jr. and Kevin Amdee. Later he married Mary Jackson in 1979 and to their union was born one daughter Melissa Rae and Nathan Douglas. He also had five granddaughters, two grandsons and three greatgrandchildren. Ray was a man who loved his family, but especially his children. He taught his children what unconditional love meant. He was a fun loving man who always had a smile for everyone. Ray was always the life of the party. He loved to dance and could really cut a rug. He could make friends anywhere. He will be remembered for his infectious smile and warm heart. He enjoyed fishing, going to casinos, the 49ers and reading a good book. Ray was preceded in death by his parents, Ernest and Josephine; two brothers, Charlie and James; and three sisters, Pamela, Linda and Joann. He leaves to cherish his memory: His five children, seven grandchildren, and three great-grandchildren; Three brothers, Billy (Henryette) Fisher of Peekskill, New York, Ernest Fisher, and Raymond (Margaret) Fisher all of Southern California. He also leaves three sisters, Mary Hughes, Eva (James) Freeman, and Diane Fisher all of Southern California. Additionally, he leaves a host of aunts, nieces, nephews, cousins and his long-time companion Rhonda Smith.

Raythel "Ray" was born December 27, 1941 to the union of Ernest and Josephine Fisher in Meridian, Mississippi. He confessed and accepted Jesus Christ as his Lord and Savior in 1949 at Pleasant Hill Missionary Baptist Church. In 2012, he rededicated... View Obituary & Service Information

The family of Mr. Raythel Fisher created this Life Tributes page to make it easy to share your memories.

Send flowers to the Fisher family.